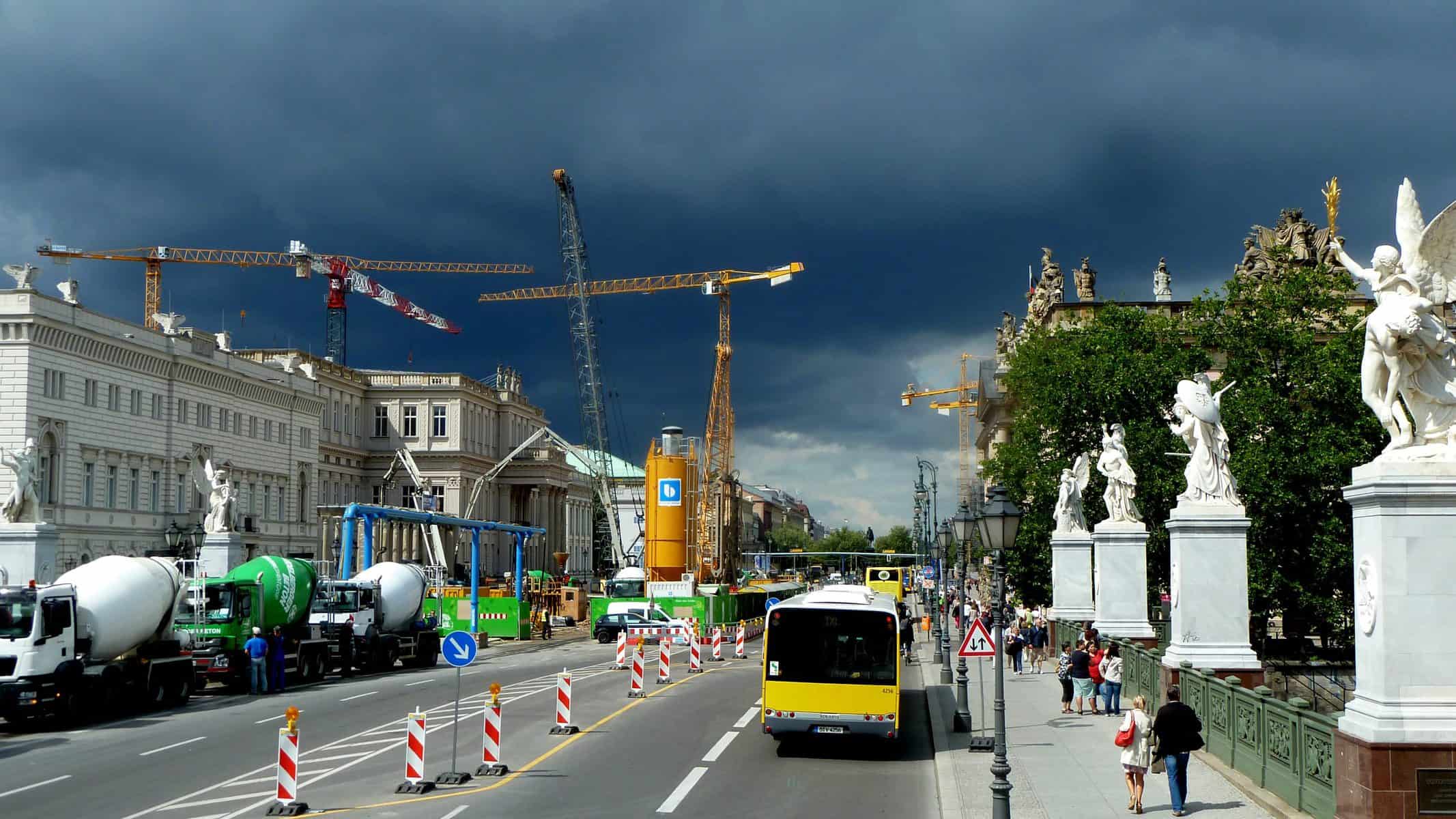 Similar to many metropolitan areas across the world, the politically sensitive area of affordable homes is just as hot a topic in Berlin. Even if Germany’s capital might not command rent levels as seen in New York, London, Tokyo or Sydney, the cost of renting remains high. Rents have roughly doubled over the last decade. Incomes have not kept up. The trend is largely driven by the desire of many citizens to live in an attractive city. At the same time costs are propelled by a mix of cheap borrowing and a shortage of homes. In addition Berlin now headquarters five of the forty companies listed in Germany’s stock index DAX (Zalando, HelloFresh, Deutsche Wohnen, Siemens Energy , Delivery Hero). That’s up from zero several years ago. Simply stated, demand greatly exceeds the supply.

To counter spiralling rental costs (not only in Berlin), Germany’s government introduced new legislation in the form of  a “rental price brake” (“Mietpreisbremse”) in 2015. This mandated that new tenants could not be charged more than 10 % above the average rental price for a lodging of comparable quality in the same quarter of a city. Unfortunately this kind of rent control found no traction. On the contrary, rental prices rose even more sharply in the ensuing years. Frustrated by ever-increasing rental prices, Berlin’s ruling party introduced further measures with a new regulation calling for a “rental lid” (“Mietpreisdeckel”) in 2020. The objective was to freeze, cap and even lower rental prices over a course of five years. This law was declared null and void in 2021 by Germany’s Federal Consitutional Court as Berlin’s House of Representatives was seen as not having the competence for such a wide-ranging resolution. Unwinding the rental lid now allows afflicted landlords to claim back payments from their tenants for forfeited rent in 2020.

But the clash is not over. Later in 2021 a non-binding referendum took place amongst Berlin’s citizens shortly before city’s municipal elections: Berlin’s residents were asked whether the city should expropriate some of Germany’s largest residential property firms such as Vonovia and Deutsche Wohnen who hold thousands of homes in the capital. Such a drastic measure would in all likelihood benefit lower-income sectors owing to the nature of property held by big landlords. Moreover, it is controversial if the result of the vote will ever take shape, not least because it may again miss the mark on making housing more affordable. Large investors are likely to use their assets for other more profitable ventures instead of providing much needed homes.

Against this backdrop, finding the right home on a rental basis in Berlin is a challenge. To better prepare you for this situation, we provide some practical tips on the most important things to be aware of when renting a home in Germany, and then offer a list of seasoned agents in the city who will help you on your journey.